The Town of Canmore, Alberta contracted LiDAR Services International Inc., (LSI), a Calgary based airborne LiDAR mapping company to mobilize their advanced helicopter equipped laser mapping system to conduct an aerial LiDAR and imaging survey of 54 square kilometers of the Bow River valley in the Canmore area to assess damage as a result of the 2013 Alberta floods.

The mountain town declared a state of local emergency on June 20 as over 220 millimeters of rain fell in 36 hours, nearly half of Canmore’s annual average rainfall on already saturated ground, coupled with a steep mountain watershed, resulted in a rapid increase in the size and flow of several rivers. The normally tranquil Cougar Creek raged, spilling over its banks, washing away roadways, a rail line, pathways and destroying swaths of green space and creek side homes.

“A tremendous amount of material has been swept off the mountain …  rocks, dirt, soil, boulders and trees …into Cougar Creek and depositing the material in the Town of Canmore causing several homes to be destroyed and taking out the Trans-Canada Highway and a CP Rail line,” said Blair Birch, P. Eng., Municipal Engineer, Town of Canmore.

The flood initiated the need for the LiDAR survey … the Town contracts the collection of aerial ortho photos every five years, however, the flood created the immediate need for accurate, detailed  topographic data that LiDAR can provide.

“The LiDAR survey will capture where the water caused the greatest damage …where water courses were rerouted, how the hydrology of the watershed has been altered. The survey’s topographic data and imagery will assist in studying what happened and how to mitigate these events in the future,” said Birch. “We need to establish how much debris came down from the mountain and was deposited in the Town. The LiDAR will help to reestablish new watersheds and hydrological assessments and will also be helpful in applying for relief funds from federal and provincial governments.”

“We used a Bell 206B helicopter to allow us to fly low and slow over the survey area in mountainous terrain to provide a very high accuracy data set of both LiDAR and imagery data,”  said Tony Tubman, president, LSI. “We are very pleased to be able to respond to the Town of Canmore and its residents on such short notice in their time of need …there has been a lot of devastation as a result of the2013 Alberta flood …and we are happy to be a part of the relief effort.” 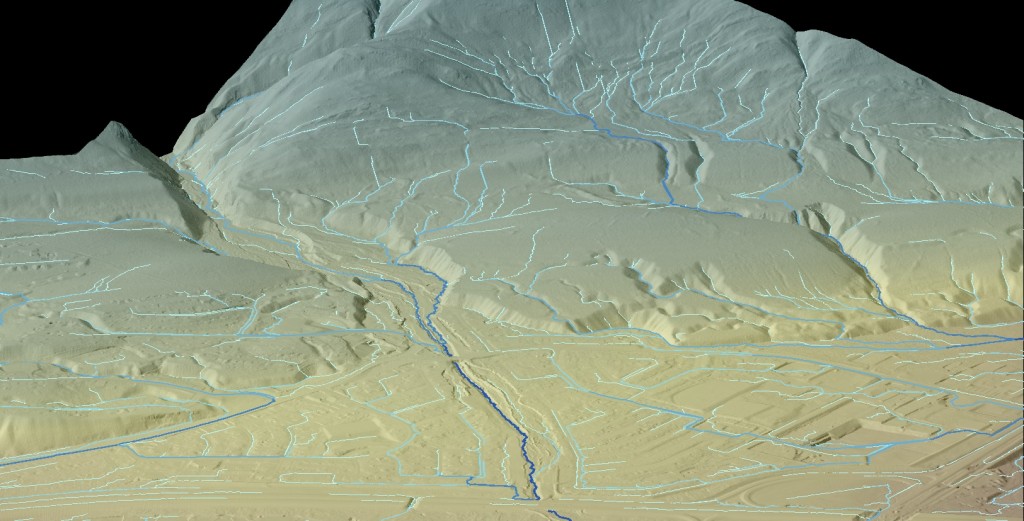 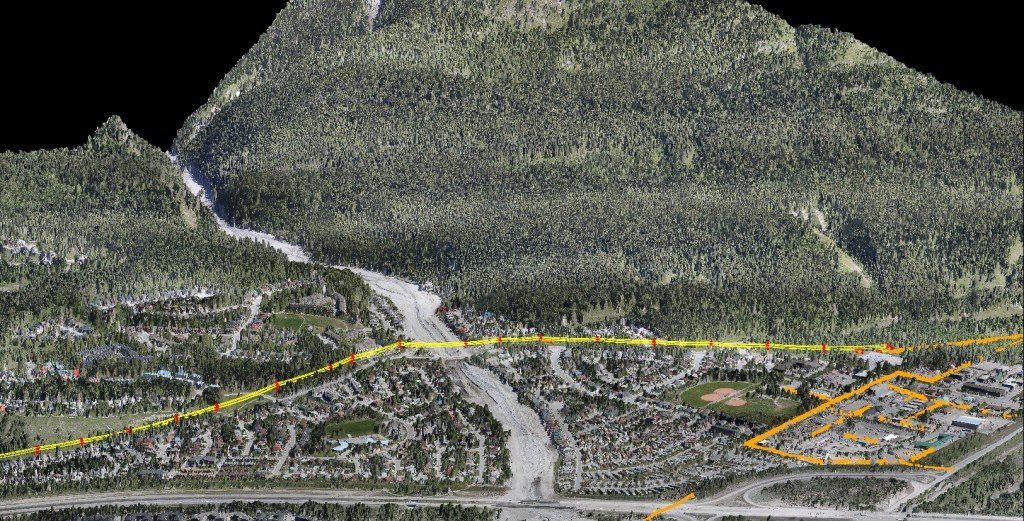